Per 1 juli zijn we weer open

Saturday we hosted a fantastic third edition of the ICE CUBES. Thank you all for coming and being such wonderfull participants and spectators.

Thanks to you, the boulders and all the volunteers we all had a wondurfull day. We hope you had as much fun as Teenat: 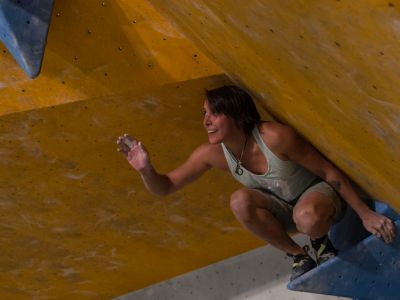 Teenat showing how a bouldering competition is suppose to make you feel.

Below you can find some foto impressions, a little report and a video report (in Dutch).

Hope to see you all next year!

Qualifications
The guys from Beta Routesetting set lots of problems where it was essential to move and position your body in the correct way.  the boulders were often a little bit dynamic but we also had some trickyproblems and pure power problems. there were not so many boulders in the overhangs, maybe that's why you guys kept climbing the whole afternoon. This year we decided to give all problems 2 points and one extra point for a flash.  the setting was friendly with enough problems around the 6A range. maybe a bit too easy in the top segment though: some of the guys climbed all 40 qualifications in under 2 hours, missing only a couple of flash attempts. 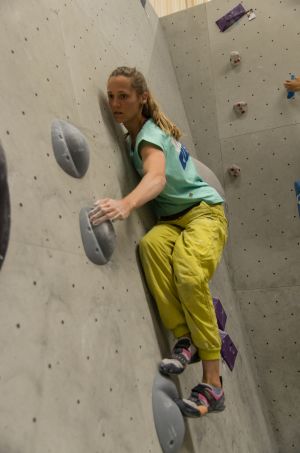 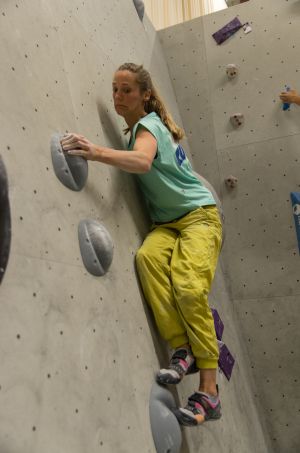 Anna Stubbe standing comfortable, or not.. 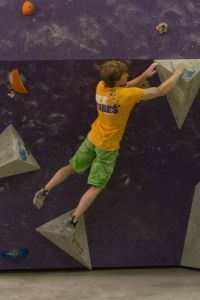 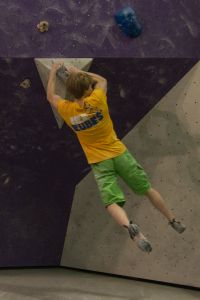 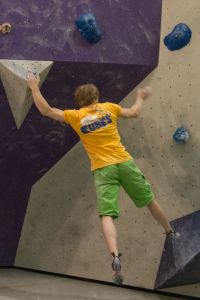 Swinging through and catching the undercling 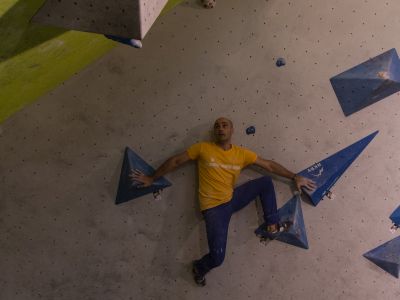 Amer Suleiman getting ready for the jump 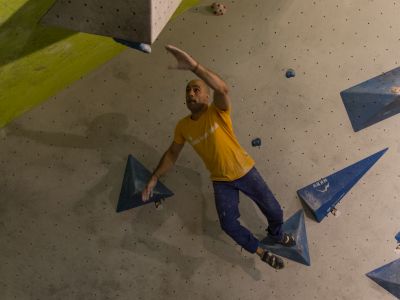 And flying to the jug. 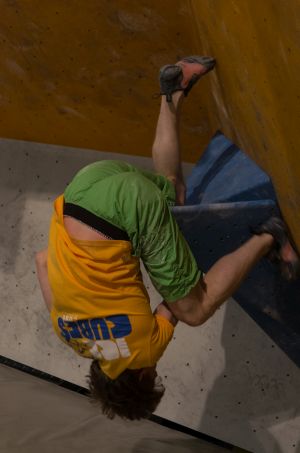 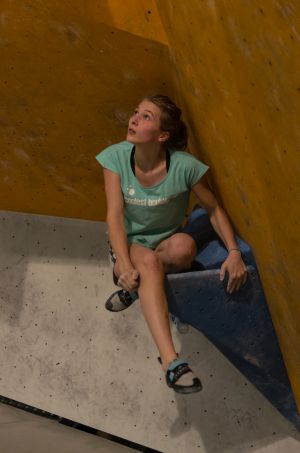 "le Crocodile". Levin flashing the intended beta and Maud looking at the next hold after the classic mantle.

Women finales
We had 3 nationalities in finals. Nora Cordier, Kyra Kaase and Teenat Srichan from Germany. Unfortunately the trophy would not be going to our eastern neighbors. Better luck next year. Local Irene Pieper finished 3rd. the Battle for first place was between Amanda Meijering from the Netherlands, who scored 83 points in qualifications and Maud Bonzom (81 points) from france but living in Hamburg.

The first boulder was for warming up the crowd. In the heinious second problem Maud battled her way to the top by folding up her body and even using a volume from the mens problem. Amanda could not complete this problem. The last move from the last problem was too much for Maud. She came so close to the last hold but could not get her hand around the jug. But the pressure was on Amanda. She had to flash the last problem to enforce a super final, and she did.
The setters changed the second mens problem but setting a fair problem for Maud (probably 1.20m) and Amanda (well over 2 meters) would be challenging. Both girls almost flashed the superfinal but they both made a small mistake after the bonus hold. In their second attempt they both climbed the problem giving a tie for the finals. Based on the qualifications where Amanda scored 2 points more she won the title for the second year in a row. 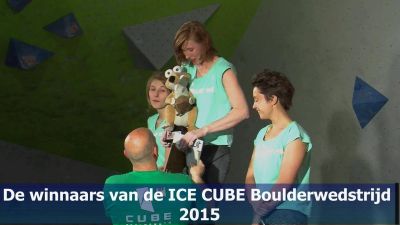 The men started of with a crowd pleaser. A campus start on relatively big holds leading into some throw moves at the top. No problem for the most. The second problem proved two things: First: that it is infeasible, or at least impractical to rate a final problem. If we had to put u number on it it would be 6B. Second: that you don't need a hard problems to select the best climber.  The problem had essentially only 2 moves: first a charachteristic sideways-step-through-to-a-compression-catch then a mantle / press move to the underside of the volume. All the climbers made little mistakes, often on both moves, even matching the end hold proved a problem. All Climbers except Levin, he cruised it and it was clear that he was the best climber. But eould he defend his title?

To finish on the podium you would need to complete the third problem. Wolf took his time but completed the problem in his 4rd attempt giving him 3 tops in a whopping 13 attempts. Jesse added another gear and "harkte de boulder door" (no translation possible) giving him the second place with 3 tops in 8. Levin decided to add to the excitement by failing on his first attempt. But in his second attempt he climbed the problem and climbed the title. 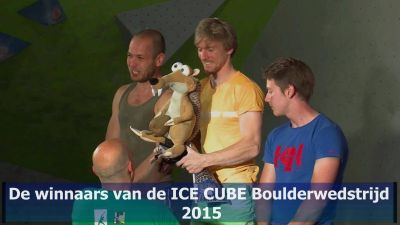 Impressions:
The sister of the winner from the WOMEN made this report / impression about the event and the sport bouldering (in dutch)